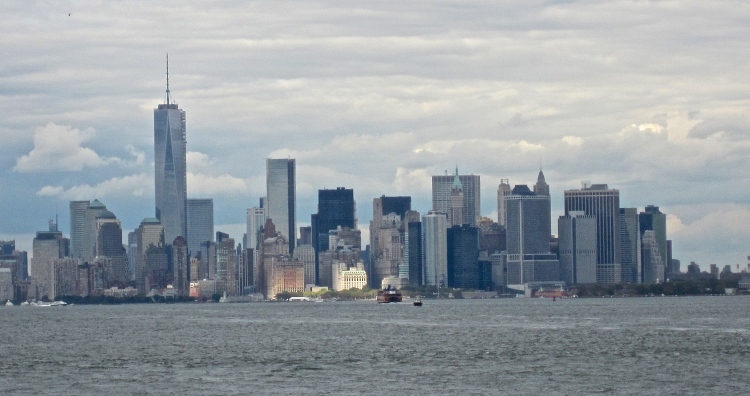 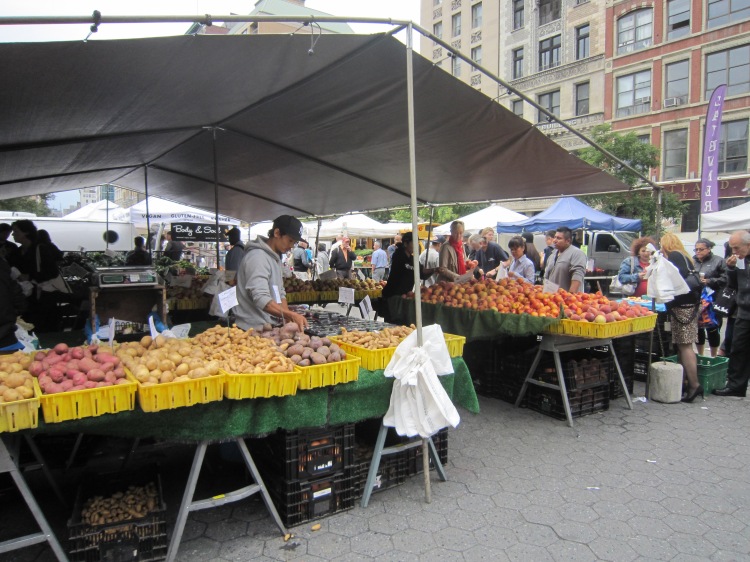 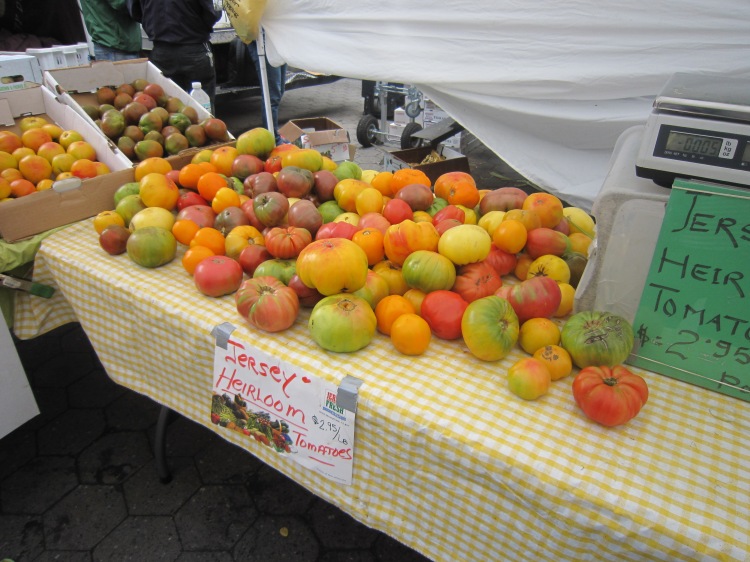 How cool is Greenwich Village really?  I’ve often fantasised mingling with the people who hang out there “Oh me, I’m a British writer, well since you ask, yes I have been, a couple actually…”  (writing for the New Yorker in my dreams; worshiping Nora).  ‘What would Nora do?’ I asked myself as I strode south from the Flatiron ?

Nora Ephron has been my hero ever since my friend Francis said “YOU HAVEN’T READ NORA EPHRON?” in much the same tone his girlfriend Suzie once said ‘You haven’t seen CITIZEN KANE?’ That’s the trouble with coming from the sticks; I lack a sophisticated education.  He gave me a copy of I’m worried about my neck.  What’s not to like about a woman who has also spent most of her life searching for the perfect bag, and who worries about her neck?  (Big bag? Small bag? Backpack?  A recent solution is to have a large bag, the mothership, and a small bag in it, but I’m not sure my osteopath would approve.) Nora wrote When Harry met Sally and You’ve Got Mail, two of my favourite films.  I was devastated when I found she’d recently died…now I won’t be able to meet her.  This trip is partly to walk in her shoes.   One hopes a bit of the genius rubs off.  I sat on Hemmingway’s bar stool in Cuba, and Dylan Thomas’s fireside arm chair in his seaside home in Laugharne when the curator was out of the room.

Greenwich Village seemed completely familiar when I got there.  A bit of a blend between the backstreets of Nailsworth, Stroud, and Soho in London – little independent shops and cafes hanging on in there against all the recessionary odds.  It didn’t feel edgy to me (but then one of my brothers recently said how weird he found the people in Stroud.  There’s  a Facebook page NUFS (Not Unusual for Stroud) that kind-of confirms his point of view.  I was charmed by the little country market in the village square – heritage tomatoes piled in rainbows, and farm fresh looking vegetables, just like our award winning Stroud Market.   “I could live here”  I thought.  (I spend a lot of time speculating how city dwellers get their vegetables, the sheer mechanics of feeding a big city with fresh and not local overwhelms me often.)

In Washington Square the pressure on the shared loo at the AirBnB caught up with me and I made the mistake of opening the doors to one of the portaloos. I tried the other one.  I can report that these were the filthiest loos ever.  Worse than Glastonbury, worse than that shower room in Madrid where someone mistook the drain hole for…more gross even than that place in the Gilli Islands where I had to agree with the graffiti in my room ‘This is the worst shit hole in the whole world‘: I heaved and banged the door shut.  All praise be to my sphincter but I wandered on faster than I would have wished, annoyed that it meant I had to miss an accomplished musician drumming on paint cans.

Before I started this trip, you may remember my hesitation about visiting New York…how would it compare to my life in a sodden valley, where the wildlife invites itself in without knocking.   As I write, horses graze in the field opposite and I can tell which way the wind is blowing by the direction of their heads.  Pigeons are getting fat on the food I’ve put out for the little birds.  It may be almost drowning at the moment but it’s a landscape I understand.  Unconsciously I found myself trying to interpret Manhattan from that perspective.  So imagine my delight, in Soho,  to see a reddish  mushroom, suspiciously like the rare and delicious beefsteak, growing on the base of a tree trunk.   Do these chichi little restaurants know they have gourmet food growing on their  doorstep? But maybe don’t take my word for it.

Numbered streets are very useful, especially to a stranger, but I come from a place where Butcher’s Lane, Plumber’s Hill, The Ladder and Cossack Square hint at history.  So I found Soho with its Spring Street and Wooster, Thompson and Prince homely.   Did I make it up that there’s a Silk Stocking District somewhere in New York?  I’d have liked to have had more time to visit it just to send postcards from there.  My priory was changing into an increasingly urgent need to find a ‘bathroom’, which fortunately coincided with hunger.  The Olive Tree Cafe in MacDougal Street fitted the bill perfectly with its dark-toned interior, arty feel, and solo table where I could sit and observe everyone without feeling like a sadass loner with a problem. 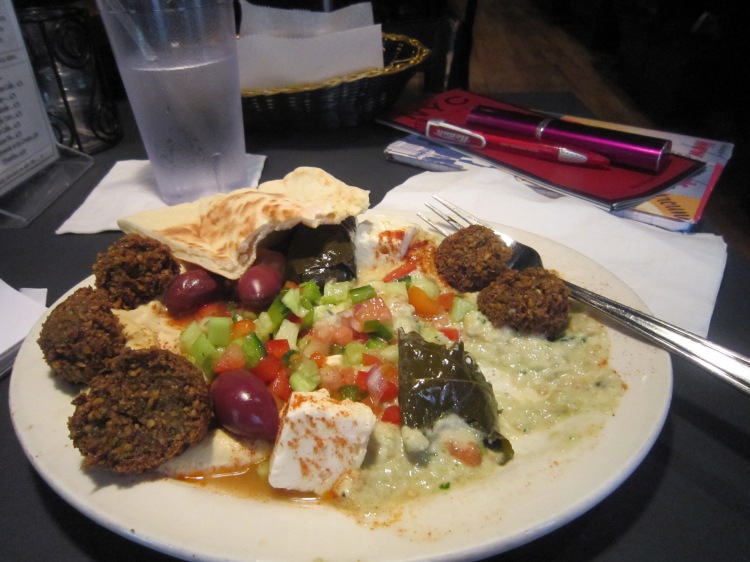 I  highly recommend their middle eastern platter, the equal to the best that Hazel my belly-dance teacher produces.

Feeling the burn of a blister in the making, I consulted my map.  I figured that it wouldn’t take that long to walk down to Wall Street (shake a fist at the bastards there), and visit Ground Zero.  I didn’t want to go to the official visitors site and see the memorial exhibition, I just wanted to go and pay my respects on my own.  Like everyone everywhere, I remember what I was doing when the first plane hit.  Numb from the dentist in Gloucester, but wincing from the pain of the cost of replacing a crown, I put the car radio on and drove home.  As I pulled into my drive I heard the news, ran into the house, put on the TV and saw the second plane hit.

Here in the UK we are used to terror in our cities; it has been on our doorsteps for many years. There was no doubt in my mind that it was an attack even before the second plane.  The horror unfolded like a hideous disaster movie, and gripped me for days, months, years.  Look again closely at the snow globe, it has a special poignancy now. 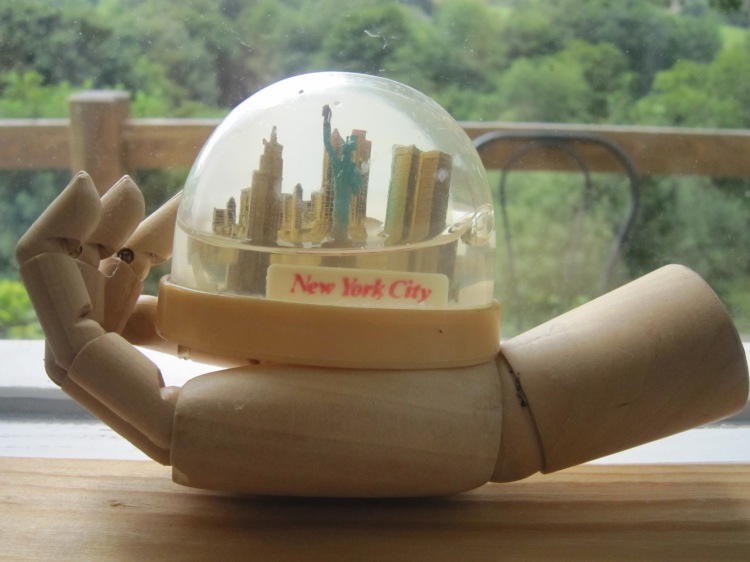 A shiver passed through me at Ground Zero, despite its being barricaded from the non-payers.  I saw ghost people running, covered in ash, imagined it soft yet needled with glass, around their ankles.  I could  taste it and feel it dry in my mouth.  I heard the cries of disbelief, choking, glass smashing …did I smell the acrid occur of fire?  I pictured the slow glide of the jumpers.

The streets are clean.  Where did all the ash go?  Wouldn’t it be full of remains of those poor people who didn’t make it out?  My heart felt weighted with the sorrow of it all, the angry, deluded young men, the forever-changed world.  Fear.  I gazed at the building works through the fence and up at the biggest ‘FUCK-OFF’ tower America could build, stabbing into the sky, defiant.  I didn’t want to be a gawping tourist but I needed to connect and pay my respects.  To understand how it has discombobulated New Yorkers, changed their expectations.  It was all too tragic to buy a badge and wear the tee shirt.  I craved a small quiet park where I could sit and remember. 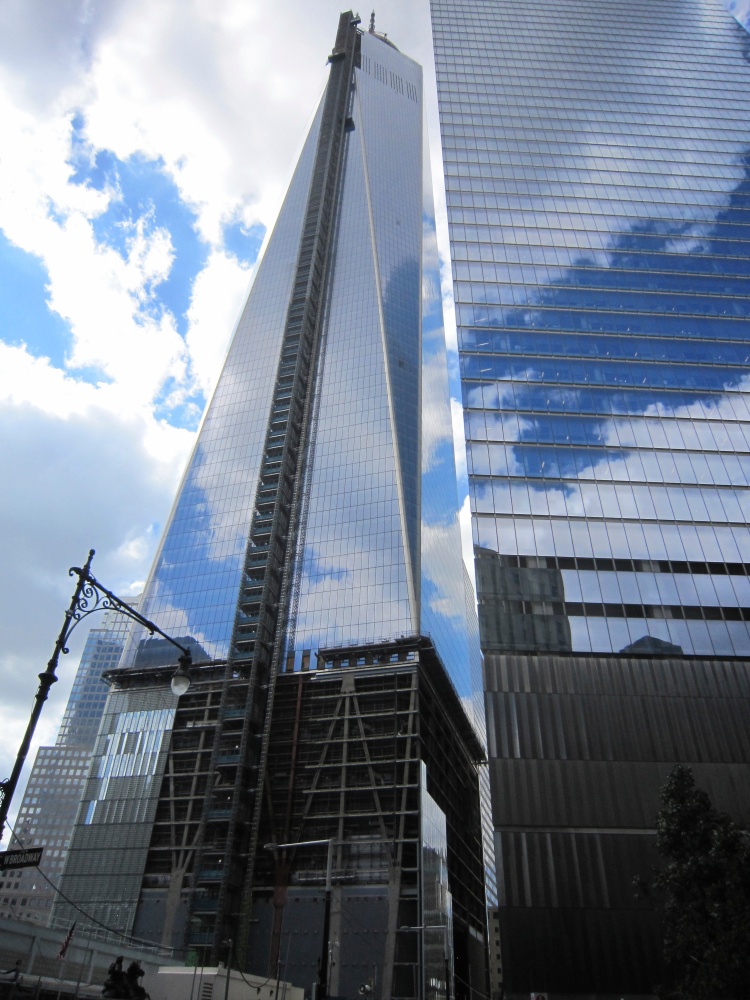 Wall Street? What was that to me in comparison?  A street.  A big bronze bull shining behind road work barriers.  A street of ticker-tape celebrations, or a street of cheats and messed up values?  It seemed small.  Insignificant.  I didn’t stay long.  But it was there that I met a person who could have shown me New York. If you haven’t heard of them before, I recommend the Greeters.  A kindly woman, of a certain age, dressed all in green, was advising an  Australian couple where to go next and struggling to find them a subway map.  I hovered around them when I heard the word ‘subway’.  (Be warned, download a map before you go because these are no-where to be found)

“You doing this on your own?” she asked, “well bully for you, fantastic.”

She did this once or twice a month out of the goodness of her heart.  She’d chosen who to guide that day –  that’s how it works.  If only I’d known about this option before I left!  All that angst, the fear and confusion…I could have had a local guide to help me figure it out.  Greeters operate all over the world.  I could set myself up as one in Nailsworth.  It wouldn’t take long, half and hour would get them around the main landmarks, the fountain,  the award winning bakers, the best ironmonger in the west.    Look up in Nailsworth and you’ll see a giant bronze kettle outside the opticians, here she pointed out elegant art deco statues decorating the City Hall. 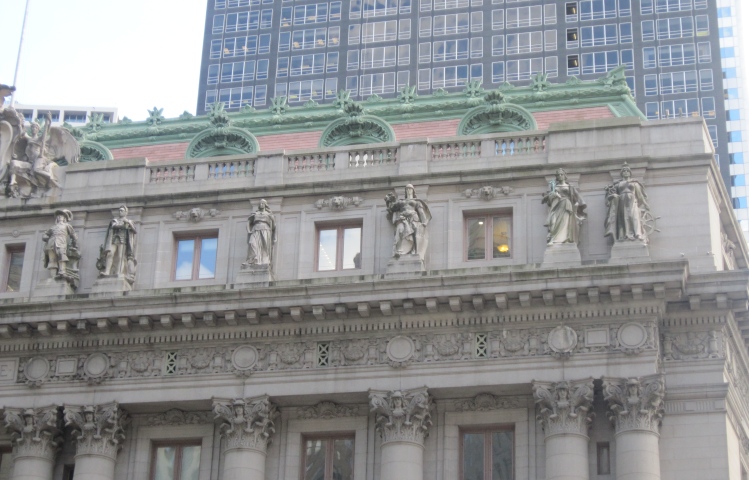 I asked her about the Statue of Liberty, which I’d failed to realise I would have had to book months previously to go inside to the top. Once again I pay the penalty of not being a ‘prepare before you go, research, kind of a person, so I am thrilled when she says “Take the Staten Island Ferry”, cheapest way to see it, its free. Get the next one back from the island, nothing to see there.”   This seemed like a very good way to finish the afternoon’s wanderings, especially as I hadn’t heard from Bernt, my nephew’s friend who I hoped would ring to arrange escorting me  for the evening.  Perhaps he had cold feet about shepherding a mystery aunt from the backwaters of an English village?  Maybe be expected me to wear a Miss Marple style card and a hat?  I bought a New York cheese cake and boarded.